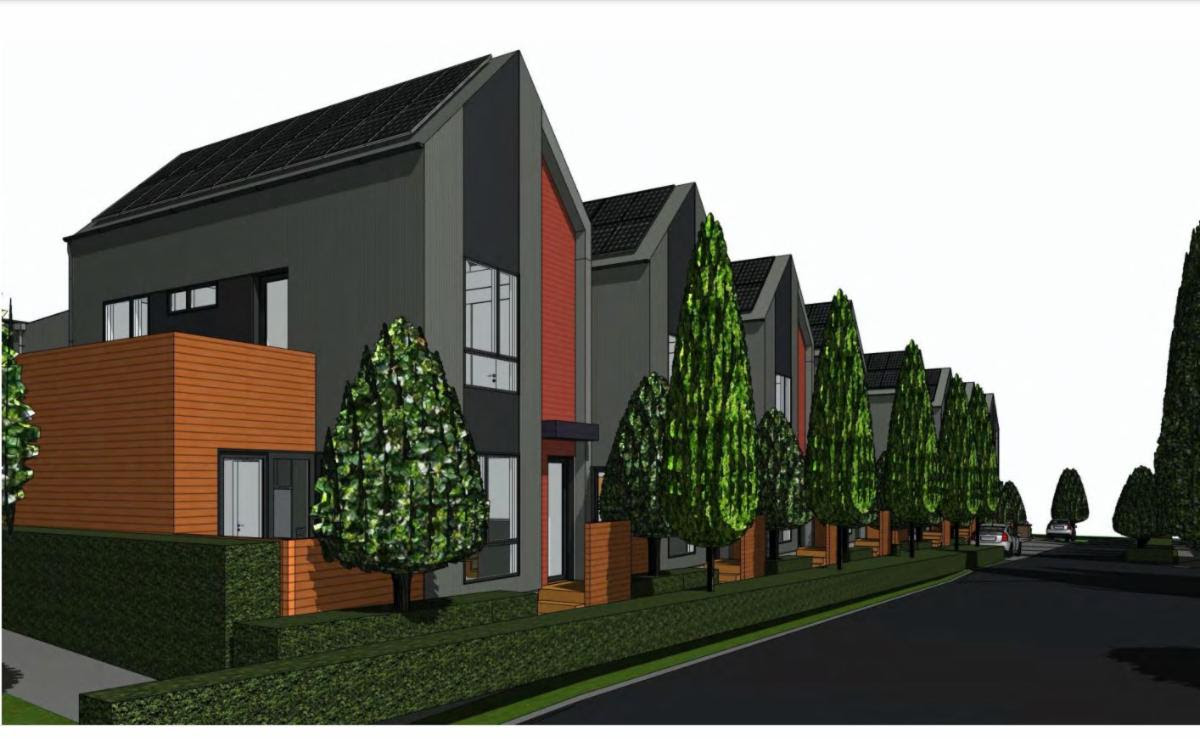 The public is invited to weigh in on two long-standing issues on Tuesday March 22 during the Bainbridge Island City Council‘s first in-person meeting in quite some time.

The two public hearings include the Grow Community’s proposal to alter its approved subdivision, and a request by the Washington State Department of Transportation (WSDOT) to reacquire property from the City at the intersection of SR 305 and NE Seabold Road in support of WSDOT’s SR 305 roundabout safety improvement project. The state agency is also planning to further update the city and the public on its overall roundabout plans. For more info, visit WSDOT project page.

Both issues were previously reported by The Island Wanderer. See links to those stories below.

Backers of the Grow Community are proposing to change the previously approved multi-family use for their development, located in Downtown Winslow.

The final phase under consideration fronts the north side of Shepard Way, just east of Grow Avenue. The Grow’s final subdivision is currently approved for 22 residential units that would consist of 18 multi-family units and 4 single-family units.

Instead, the developer is proposing to build 14 single-family units. The proposed subdivision and site plan review were originally approved in 2014. However, under the City’s Municipal Code, the City Council must decide whether a request for an alteration to a subdivision plan is approved or not.

Meantime, the City Council will take public comment on WSDOT’s request for the roundabout property, which was originally deeded to the city in 2017 from WSDOT at no cost to the City. According to city officials, WSDOT now wishes to reacquire the parcel for their SR 305 project.

According to City Manager Blair King, “The city has not identified a need for the parcel that WSDOT wants to reacquire and recommends a surplus and transfer of the parcel to WSDOT for the SR 305 roundabout project.” He said WSDOT is offering the city “landscape enhancements” (specifically larger trees) along the proposed project periphery in exchange for the City’s property.

For now, Blair said City Council meetings will be in a hybrid format; you will be able to provide comments in person or via Zoom. City Council Chamber seating will be the same as pre-pandemic since there are no social distancing guidelines in place.

Masks are no longer required while inside city facilities, King noted. “We understand that some people may continue wearing masks in city facilities for their comfort and they are welcome to do so,” he said. The status of future city committee meetings is still being determined.